I'm writing in regard to a letter a neighbor received and gave to my cousin (who procrastinates!). The letter, 'POSTCARD DIASPORA', was written on April 19, 2011. It was just given to me by my cousin, who lives in Florida, but rents the house I grew up in so she can live in Virginia (where she also grew up) during the summer.
The post card was addressed to 'Resident', 511 A---- Ave. SE, Roanoke, Va. 24014. This is the house next door to where I grew up (which is 515 A---- Ave. SE). The 'Resident' is not one to respond to mail like this so she gave it to my cousin. My cousin is just now getting it to me! I hope this makes sense!!! Anyway, I will mail the post card back to you but thought I would go ahead and email a response since it has taken so long for anyone to respond.
Actually, the message just doesn't make sense to me, because Bent Mountain is within 10 miles of Roanoke (where we live) and 'she' is talking about getting fat off of fresh fried clams, fresh salmon and shrimp. Roanoke is not near the shore - you probably know where it is but if you don't, it is about 40 miles east of Blacksburg (Virginia Tech). The post card is from Coos Bay, Oregon - which, of course, would have seafood. But I am having a very hard time reading the card and a very hard time reading the date. It looks like 1974. I cannot remember when Mr. C------ died, but I guess it was before '74. It is signed 'The Baby' so I would think that is Sue Jo, the 'baby' of the family. So let me tell you about the family. 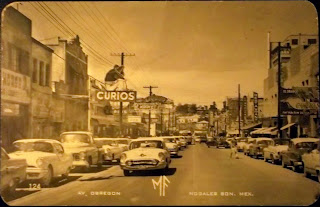 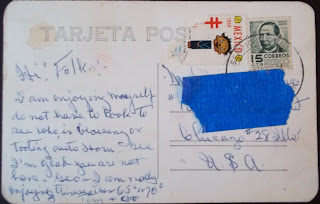 Message: Hi! Folks! I am enjoying myself do not have to look to see who is blowing or tooting auto horn. Gee I'm glad you are not here. Gee and I am really enjoying this weather 65 or 70.

Will mail this to the original address today. 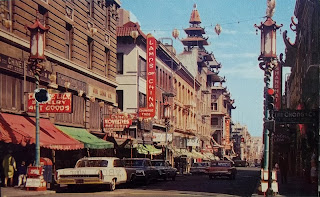 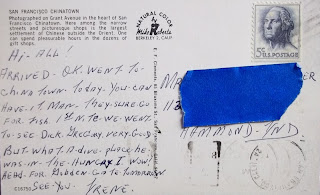 Message: Hi all! Arrived OK. Went to China Town today. You can have it man. They sure go for fish. 1st nite we went to see Dick Gregory. Very good but what a dive place he was in The Hungry I. Wow! Head for Golden Gate tomorrow. See you. Irene.

Will mail this to original Hammond address today.
Posted by Guy Clinch at 8:41 AM No comments: 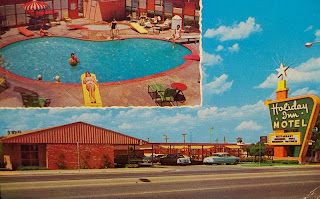 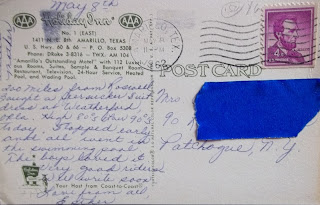 Postcard mailed to Patchogue from Amarillo, TX, on May 8, 1962. Depicts the Holiday Inn in Amarillo.

Will mail this to original Patchogue address tomorrow.
Posted by Guy Clinch at 10:22 PM No comments: